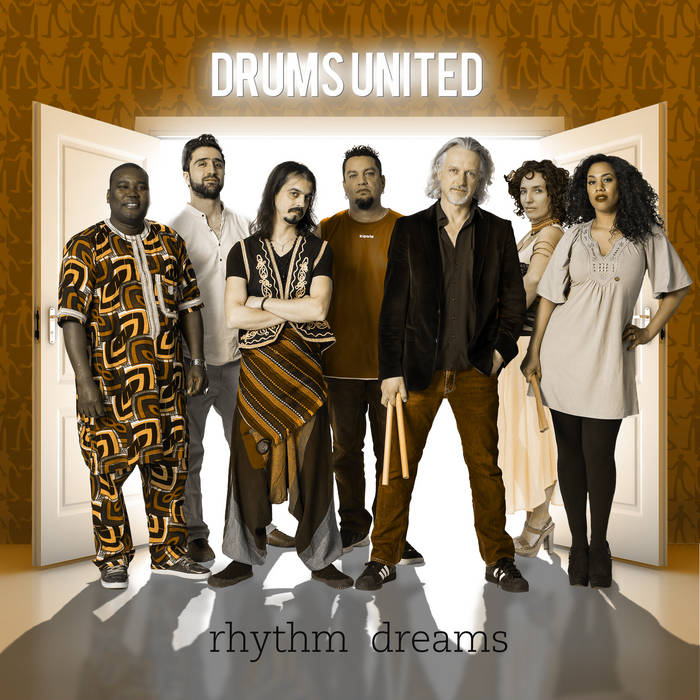 What do Holland, Venezuela, Iran, Turkey, Surinam, Brazil and Senegal have in common? "Drums United"
A united musical force brought together rooted in passion,
a desire to share world customs and the musical power in the drum!
Imagine these unique cultures bonding to create excitement and love. To give you a view of peace through the language of music using the drum as their voice. You are about to enjoy a journey of what the positive future holds for the world. To be one...to share in our common goal of peace and respect. To feel together as one positive force.
Drums United will open your mind and your heart. You will move and groove to a higher vibration. Be prepared for the ride of your life.
Enjoy the rhythmical magic, the hypnotic music and the need to tap to a higher spiritual power. You will hear many different drumming instruments and feel many cultural rhythms.
Drums United not only unites the drum... they united us all.
I recently heard Drums United in China and the reaction was amazing. It made me remember the many times I met Lucas and how dedicated he has always been to share high quality music.
The power of the drum has never been showcased or delivered with so much fun. This will take you from joy... to overjoyed!
Countries United... Rhythms United... Love United with Drums United.
Enjoy the ride...

Simone Sou: ‘I want to thank my mama Nilde Mendes for giving me life and love, my love Oleg Fateev for all support he gives me and Olaf Keus for introducing me to Lucas van Merwijk’.
Thanks to former DU bandmember Mathias Holzner for his contributions to Latora4Brazos and Seven Hills.
Drums United likes to thank Roosje den Hertog for her warm and positive energy and great organizing skills.
Photography by Daniel Patriasz.
Graphic design by Marcel Willemsen (Keijser 18 Mediaproducties).

Special thanks to Dom Famularo for his never ending positive energy and for writing inspirational liner notes.

• Tun Tun (Van Merwijk/Viloria)
This is a Boogaloo, or a ‘Latin Soul groove’ and is featuring Drums United’s studio and live soundtechnician and percussionist Juan
‘Bulu’ Viloria on the conga’s in descarga with Lucas on the timbales. Instruments: conga’s, timbales, drumset and various latin percussion instruments. Vocals Gianna Tam, programming Lucas van Merwijk.

• Dokuz Sekiz (A. Kekeç)
Dokuz Sekiz means 9/8. This is the one of the popular gypsy dance beats in East Europa and Anatolia. They say that mentioning the words ‘Dokuz Seki’ alone will be enough to have anyone in that area start
to dance already. Instruments: darbuka, drumset, tom/snare setups, Taiko drums.

• Deggo (Mbaye)
The national drum of Senegal is the sabar drum. Deggo, which means meeting or gathering in the Wolof language, is a composition based on the unique Senegalese Mbalax rhythm and was written by Mousé Pathé from Dakar. Instruments: sabar, drumset, tom/snare set ups, Taiko drums, vocals, samples.

• Seven Hills (Van Merwijk/Holzner/M. Ahmed)
A piece in 9/4 composed in the period Lucas van Merwijk spent some
time in Istanbul with the great Darbuka pioneer Misirli Ahmed. Misirli performed some shows with the band in The Netherlands and Turkey and this composition was named after Istanbul, the city on the seven hills. On this recording it features Alper Kekeç on the darbuka. Instruments: darbuka, drumset, tom/snare setups, Taiko drums, samples by Mathias Holzner.

Drummer Lucas van Merwijk has been at the forefront of the European percussion scene for over 25 years.
He was elected 'Best Jazz Drummer & Fusion Drummer' in the Benelux countries by the readers De Slagwerkkrant many times between 1993 and 2015.
Jazzprofiles.com:
‘one of the great drummers of our time.He lays down so much good stuff that even the eyes of a trained drummer can't catch it all’ ... more

Bandcamp Daily  your guide to the world of Bandcamp

outré black metal, with a Victory Over the Sun interview and music from Liturgy and Jute Gyte.